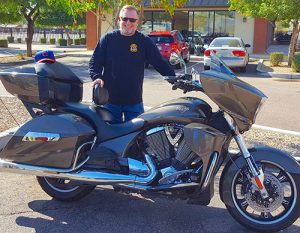 Chris is an Illinois native whose Dad moved the family to Phoenix Arizona in 1965. Chris said, “I was introduced to motorcycling from a neighbor who owned two brand new Honda Trails 70cc’s”. He was 12 years old at the time and has been involved with motorcycles ever since. Chris raced motocross in the mid 70’s and has owned 17 motorcycles so far with the latest being a 2005 YamahaFJR 1300 and a 2010 Ducati StreetfighterS1098. He did track days when he owned a 2005 YZF600R. Now he rides a Victory Vison Tour.

Chris is a retired Fire Captain/Paramedic from the Casa Grande AZ Fire Department. He served for 7 years as an EMT-B and 20 years and an EMT-P. Fifteen of those years where serving as the EMS Coordinator for the Department. He graduated from the Samaritan Health Service Paramedic Program in 1993.

Chris said “I am the current Vice President of the local Christian Motorcyclist Association Chapter, Humble Servants of Casa Grande, where I call home”. He has been married for19 years to his wonderful wife Beth. They have two children and six grandchildren. Chris explains, “I am all about community, having fun and being safe”. To contact Chris for a class, contact him online. 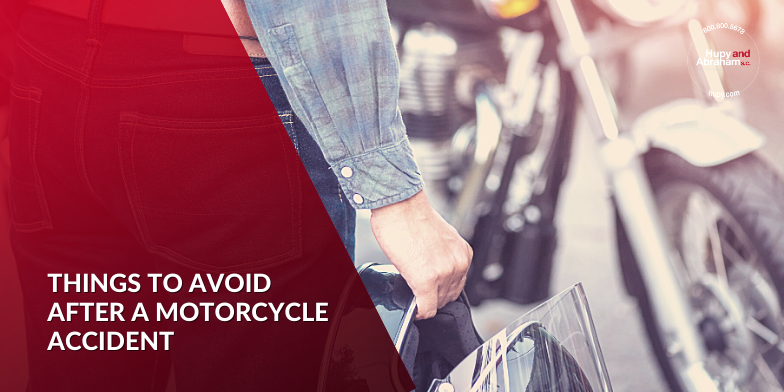 Things to Avoid Doing After a Motorcycle Accident 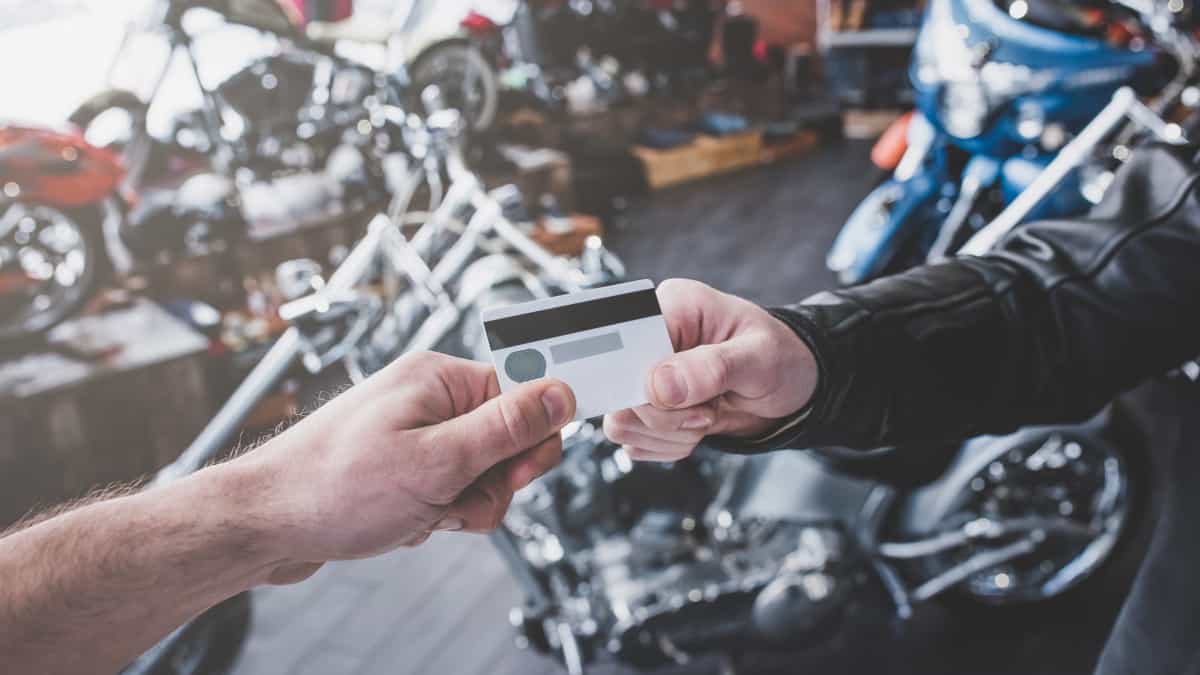 10 Ways to Pay Less For Your Motorcycle Insurance