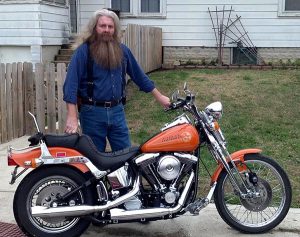 Hello, My name is Dave Hollandsworth. I have been riding motorcycles since 1972 starting out on a Honda dirt bike at age 14. From 1980-2010 I was an Indianapolis Police Officer. I rode a police bike for 20 years of my career, from 1984-2004 with annual training and riding testing. In 1985 I attended the Harley Factory Mechanics School in Milwaukee Wisconsin for training. I have been a H.O.G. member since 1993. I am also a 25 year member of F&AM.

In 2009 I became an EMT-B and in 2011 I became an American Heart Association CPR Instructor. I can be reached by filling out the form online.