Has an insurance adjuster just informed you that you are 10 or 15 percent at fault just because you were involved in the accident? Don’t get ripped off. There is no such law.

This is a common tactic employed by insurance companies to convince you to accept less than fair value for your case.  For instance, there is no Wisconsin or Illinois motor vehicle law that states you are at fault merely for being there. It is common for insurance companies to point the finger at the victim of an accident for causing or contributing to the accident. Using such terms as “Comparative Negligence”, or “Contributory Negligence”, the insurance company will attempt to pay as little as possible in settling your case.

Insurance companies make this argument because under comparative negligence, your medical bills, lost wages and pain and suffering are reduced by the percentage you are found at fault for the accident. If you are found more than 50% at fault for an accident, you cannot recover anything. Let’s say you’re found to be 15% at fault in a claim worth $10,000. It will be reduced by $1,500 and you receive $8,500. Therefore, it benefits the insurance companies to make the “at-fault for just being there” argument because over hundreds of claims, they can save millions of dollars.

Claiming you are at fault merely for being involved in an accident is one of only a number of excuses insurance companies use to reduce the value of your claim. Although you believe your case is cut and dry because the other driver ran a stop sign, blew through a red light, or quickly made a left turn in front of you, an insurance company will likely argue you could have done more to avoid the accident. They may very well argue that because you did not avoid the accident you bear some responsibility. The point being, insurance companies will resort to as many excuses as possible to claim you bear some fault, because by doing so, they can pay much less money to injured persons.

Protect yourself by not saying or admitting to anything at the scene of an accident. Do not sign any releases or make any statements until you speak to an attorney.  Do not accept any payment or compensation on the spot from the other driver. Exchange insurance information and call a lawyer.

Of course, just calling a lawyer doesn’t guarantee you will be fairly compensated either. The best chance at fair recovery is having adequate insurance coverage. Do not rely on the other driver to cover your losses. You have to be proactive and buy the right insurance at the right amounts to fully protect yourself. The best thing you can do when purchasing motorcycle insurance is to purchase as much as you can afford and be an educated consumer.

Be aware that there are a few nuances to motorcycle insurance policies that make it different than normal car insurance. First, if you customize your bike, it could increase its value. Your underlying property damage limit may not be enough if you have added many custom items. Keep receipts for any accessories or modifications you make to your bike. Take photos and provide these to your agent. It could mean a slight increase in your premium but at least you will know these accessories are covered.

Second, consider whether or not you need Med Pay, which is insurance that pays specifically for medical bills. It is expensive, so if you already have health insurance, you may not need it. Instead, you could use that money to increase your liability limits and uninsured or underinsured motorist coverage. Med Pay will reimburse your out of pocket medical expenses for things like co-pays on doctor visits and pharmaceuticals.

Insurance coverage varies from state to state. In some states your policy may automatically include uninsured coverage (UM).  In many states, underinsured (UIM) coverage is optional and must be requested. You should purchase UIM coverage in limits as high as you can afford. This insurance will compensate you when an at-fault driver’s insurance is inadequate to pay for your losses. UIM does not come into effect if the at fault driver had no insurance. In that instance, you can only collect up to the limits of your uninsured motorist coverage.

If the at-fault driver did have $100,000 in liability coverage and your damages amounted to $250,000, you would look to your under-insured policy for relief. If you had $250,000 in UIM, you could collect $150,000 from that policy. Why not the full $250,000? The reason is you would have already collected the other driver’s $100,000 liability coverage which would be reduced from your $250,000 UIM coverage. Confusing?  Yes it is. It’s something called the reducing clause which in effect means you will never recover your full UIM coverage, only the difference between what you collect from the at-fault driver and your damages total. In other words, whatever your UIM total coverage amounts to is what you will collect in any combination between the at-fault driver’s coverage and your UIM coverage. If you had $100,000 in UIM in this example, you wouldn’t recover anything from your UIM policy because the other driver’s $100,000 would reduce that to zero. If you had $50,000 UIM, again you would collect nothing from your policy. It would seem logical that you should collect whatever amount you’re paying for in UIM but it doesn’t work like that.

Make sure you have enough coverage in the property damage portion of your policy to cover your motorcycle. In many states, the minimum limit for property damage is $10,000.  If you rely on the other guy to cover your $24,000 touring bike, you may be in for a letdown. Ask you agent about replacement value coverage on your bike and make sure you have enough insurance to cover your loss if your vehicle is a total loss, especially if the other party has no insurance at all.

If you purchased a new bike, ask your loan institution about GAP insurance. This is supposed to pay you for any difference between what the actual cash value of your bike is, if a total loss, and the amount of money you still owe on your loan. Be careful and read the terms of the GAP insurance carefully to be sure you are covered. Without GAP, you may have a total loss to your bike which has an actual cash value of $17,500 while you owe more than that on the loan.

Another way of protecting yourself is to buy umbrella insurance if you own your home. This is usually sold in million dollar amounts and is relatively inexpensive “liability” insurance. It protects you if someone is hurt on your property. Some insurance companies will offer endorsements for your vehicles so you can bring them under your umbrella for additional protection. Not all companies offer this endorsement, but what you want is the UM and UIM endorsements. To do this, the insurance company will require you to carry a certain minimum limit on your vehicle, for instance $250,000. Then, for a minimal extra premium, you can add the million dollar endorsement for uninsured and under-insured to your umbrella to protect you if the at-fault driver is under-insured or has no insurance.  In today’s world, $1 million dollars is not that much money in the case of serious or multiple person injuries. Buy this coverage if you can afford it and change insurance companies if they don’t offer it.

Million dollar umbrella coverage costs around $200, and you can bring your vehicles under your umbrella with these endorsements for less than $100 each. It’s a wise investment in your protection.

Speaking of buying additional insurance, there are ways to reduce your premium costs to make it more affordable. Multiple vehicle policies with the same company usually result in discounts of some kind. Also, change up your coverage to best suit your needs, eliminating or reducing coverage on certain policy items you don’t need. Increasing deductibles also results in a lowering of premium costs. Some companies also offer “good driver” discounts for safe driving, theft alarms, graduation from a credited rider course and other things. Shop around to get the best coverage you can afford for the best value.

For a video of how to inspect your motorcycle for damage: Click Here 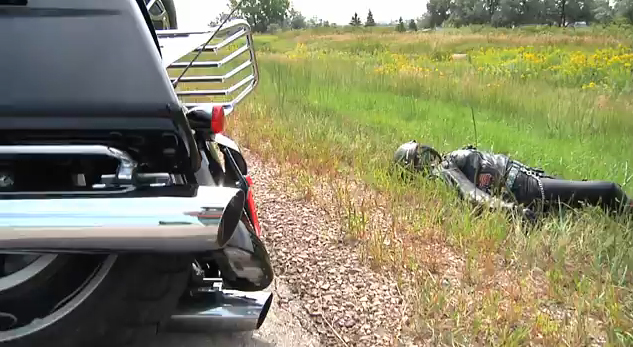 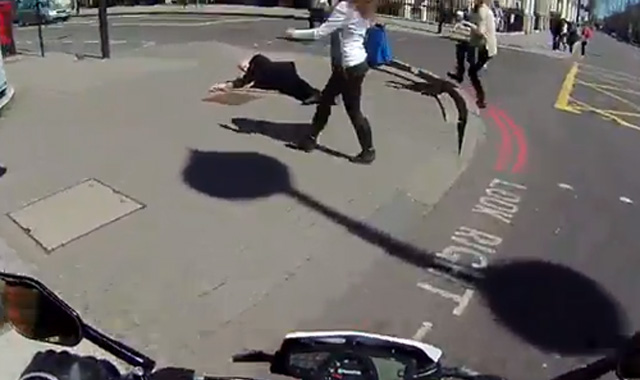 ASM training made Good Samaritans out of Bikers 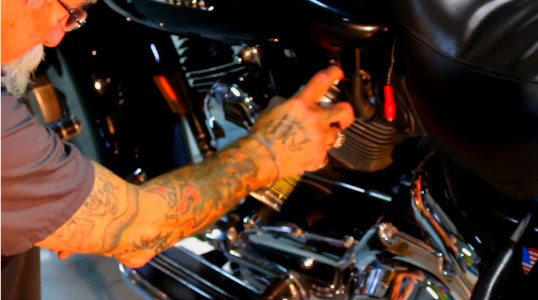 Winterize Your Motorcycle for Storage