In part one of this series we learned lights are not light bulbs at all, but a light emitting diode that is way more efficient than any light bulb using a mere .016 watts to make light.  We learned LED lights were better for the environment as they use no mercury like fluorescent bulbs and use way less raw materials to make than any other light bulb.  We also learned about a few of the different options when it comes to lighting up your bike with colored LED accent lights.

In part two of this series I tried to give you some pointers on doing a colored accent LED install on your own bike.  We discussed time, tools, and electrical supplies needed for the install.

So now let’s discuss some options for converting all the lights on your bike to an LED system to complete the final part (part three) of this series.

First off you may ask, “Why would I want to change my bike’s light bulbs to LED lights?  Well for starters it will free up power on your bike to charge the battery faster, and to free up power to run other accessories like heated clothing.  Because LED lights do not make light by heating a filament like a light bulb does, the vibrations from your bike will not end up “burning the bulb out” to leave you riding at night with no headlight.

So, what are your options for changing over to an LED system?

Turn signals / running lights / brake lights:  Since your running lights are always on they are sucking 25 to 35 watts of power each so changing the bulb to an LED unit is a very good idea for freeing up some power.  The easiest way to do so is to get a direct LED replacement for the 1156 and 1157 bulbs.  A company called Custom Dynamics has some great options that I like for this like their DOT approved Genesis line.  Most LED replacement lights sold today already have the needed resistance built into the fixtures so they will blink in normal time, and they also will run at half or full power to operate like a running light (half power) or like a turn signal (full power).  There are also a bunch of different light options for this task just make sure to ask the manufacturer if you will need to purchase a “load leveler” in line resistor or not.  Also be sure the LED replacement units you are looking into are a wide angle DOT approved design.  Some of the less expensive non DOT approved LED replacement bulb units are unidirectional making them most visible when they are looked at from straight on and are not very visible from the side.

In the struggle to be more visible to the cagers around me when I am on the road I have looked into and found so many options like RIVCO mirrors with LED turn signals built into the front and back, backrests with LED brake lights built into them like Kuryakyn’s Raptor.  I also have seen so many bikes that have license plate mounted LED brake lights and saddle bags with added turn signals along with trunks that have added high mount brake lights.   All of these things are great options.

I think the more brake lights are great but I think that changing the factory brake light by moving it, making it blink or tinting it darker is done at your own risk, such things are done for purely cosmetic NOT safety reason.  People are used to seeing the stock red light in the original location without it blinking or pulsing in some weird pattern.  I would suggest leaving your stock brake lights alone and adding more lights to make your braking intention more visibly pronounced to the folks behind you.   Something else to consider when wanting to add blinking or pulsating brake light unit is, it may get their attention, but it may also distract them while they say in their heads “Oh look at the pretty lights, wait is that bike stopping?!” and by then they may have rear ended you.  Please consider the safety of adding lights rather than the wow factor when adding or changing your brake lights, it may just save your life.  I think that adding high mounted bright red LED lights that ONLY light up when the brake is applied are a great option.  I applied four three inch stick on LED lights to the back of my back rest.

Something else I see often is modified turn signals.  In an effort to make the bike look cool some riders put the smallest and dimmest turn signals they can find onto their bikes.  This is also a concern for me.  I have seen it before being on a multiple lane highway when some rider’s turn signal were so small I could not see their intention to signal a lane change and they were almost taken out by a car who obviously did not know they were signaling.  Again I think this is also common sense.  The little bullet style turn signal lights or the little stick on turn signal strips may look cool but they are hardly safe in my opinion.

It is always a battle of form over function when customizing your dream bike, but when it comes to a brake light or a turn signal, safety should be top priority. 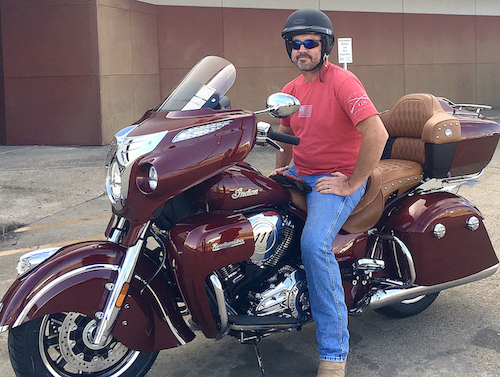 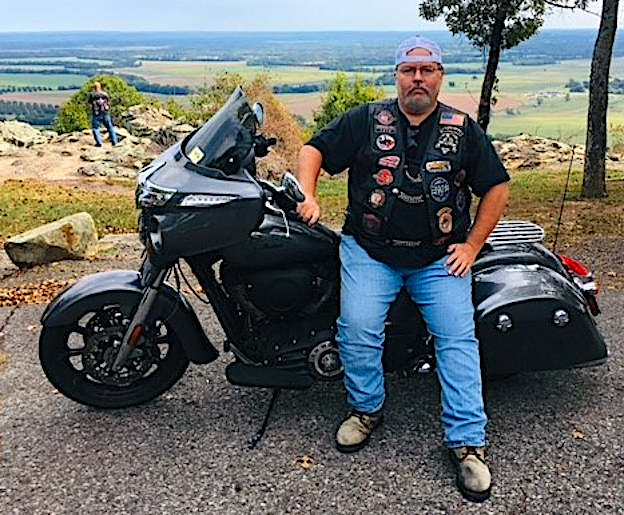