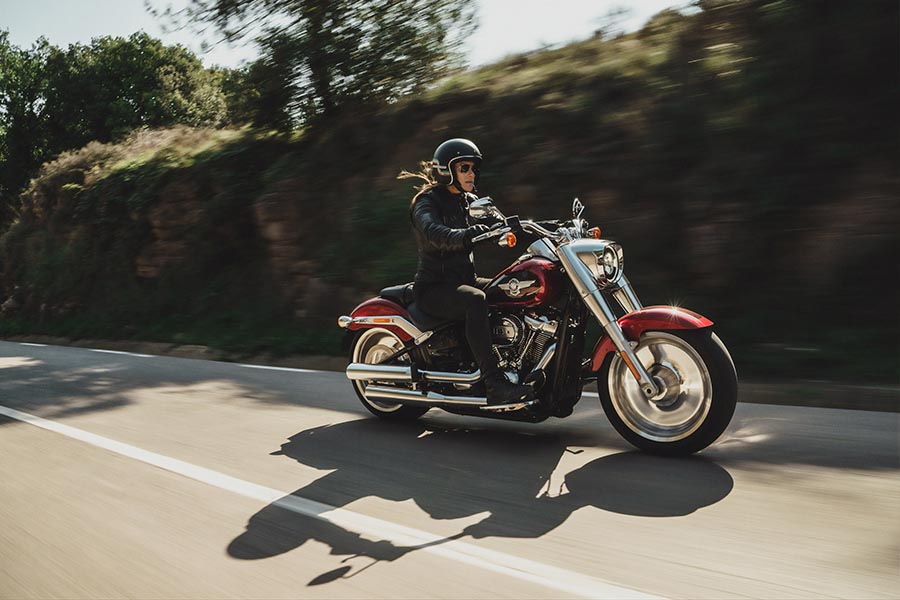 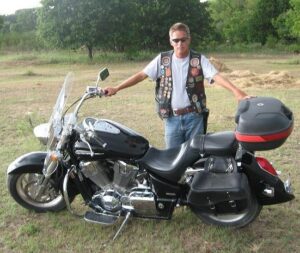 Kate Green and I, Scott “Spiritrider” Gates, are ASM Advanced Trained Bystanders. Kate had picked me up from work Friday, February 1, 2013 and we were on our way home when we came upon a downed motorcycle rider. He had several people standing around him, however no one was doing anything to help him. I pulled over, put gloves on and went over to assess him while taking control of the head and neck to protect c-spine. Kate made sure 911 had been called and then asked what else she could do to help. She had brought my trauma kit to me and I instructed her to move the truck so the emergency personnel would have room to park.

While she was doing this I was asking the rider his name, where he hurt, if he had any allergies or medical issues and if he was on any medications. My training helped me to assess the situation. He appeared to have no major outside injuries, however I suspected he may have some internal injuries because of the way he crashed. When the police arrived, Kate showed them where the rider’s glasses were and other items she had found. 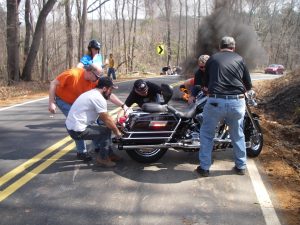 When Wise County EMS and Decatur Fire arrived we all worked together to get the rider properly secured on the back board. Since they could see I was doing a good job of controlling the head and neck they left me in that position. When it was time to lift the back board onto the stretcher it was on my count: 1-2-3. After the rider was on his way to the hospital I removed my gloves, gave them to the fire department for proper disposal, and asked the officer in charge if he needed anything else. He thanked us for helping and we left knowing that we had made a difference in the life of that rider.

Have you taken an ASM class yet? Get trained today, because you just never know when someone might need your help.

Explore our website to find classes, instructors and trauma supplies.