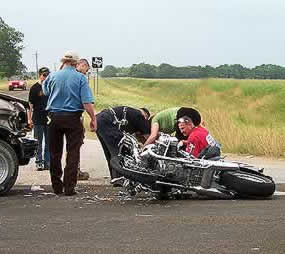 A good buddy of mine and I were out on a ride last Friday, then things went ‘south’…

We had been out riding the Baraboo bluffs, and Ron was now in the lead on a road that he had ridden several times. For some reason, Ron drifted off the pavement. He tried to maintain control but then ‘high-sided’ and was catapulted off his bike into a ditch. He landed on his back about 60 feet from his bike which was on the shoulder of the road. I got to Ron in less than a minute and found him conscious and breathing (thank God). He was wearing a full-face helmet. He could not move or feel his extremities, but he could talk coherently (could count my fingers, etc.). 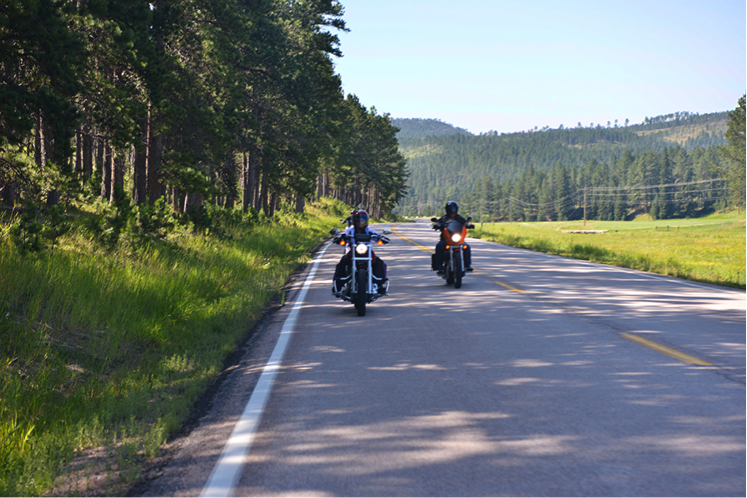 I called 911, but was unsure of our location. When I shut off my bike my GPS also shut off, so I had to wait for it to initialize to get our location to give to the 911 folks. After I was sure I could leave Ron for short time, I ran about 1/8mile to a house where I got a fire number, then got right back to Ron. Shortly after, a local drove up and I stopped him and gave him my phone to talk to the 911 folks. It took about 30 minutes for the first responders to get there, then EMTs from Reedsburg who immediately requested Med-Flight, which arrived about another 30 minutes later. 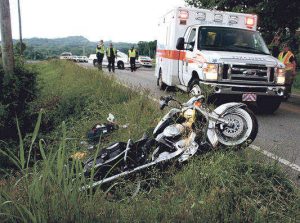 In retrospect I’m so thankful the cell phone worked, and that I had a GPS (we used the coordinates for Med-Flight’s landing zone which was only down the road). I did not have my first aid kit with me. If he hadn’t been breathing, I don’t think that I could have accessed his airways, and would have had to remove his helmet to administer breathing assistance. Accident Scene Management training was instrumental in me maintaining my cool. I had planned on taking the refresher course at Capital City HD before this happened; now it is not an option. I know I need more instruction in one person removal of a full face helmet.

Ron is still in intensive care at the UW hospital. He has feeling in his extremities, but has very little movement. They fused some C and T vertebrae and are still waiting for swelling in his spinal cord to subside.

I would gladly speak to this incident when I attend future classes.