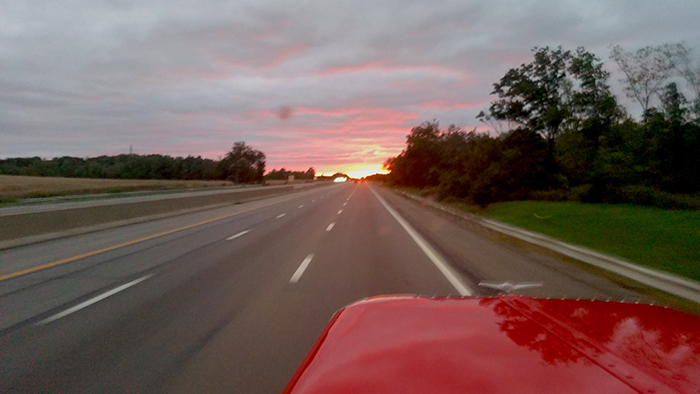 I was first trained in Accident Scene Management in 2008, in both Basic and Advanced, and I have maintained my certification ever since. Unfortunately I have experienced unwelcome situations twice, but fortunately in both incidents the riders suffered only minor injuries. The accident scenes were handled in a safe and professional manner by keeping the scene safe and preventing any further incidents from happening.

In my most recent incident I had changed jobs and had returned to driving tractor-trailer rigs over the road. Unfortunately, this has meant that I am not putting as many desired miles on my bike. Even so, one early morning on I-35 in Iowa I was the first one at a serious motorcycle accident.

Traffic was scarce as I headed south into Iowa. I was just a few miles south of the Minnesota State line and It was a clear and brisk spring morning, around 2:30am. Another truck driver heading north broke the silence on the CB airwaves. He was frantically screaming about several bikes that were attempting to overtake his truck traveling at 75 MPH.

One of the 4 bikes had lost control of his bike and began flipping end over end. The truck driver, who was heading north, was unable to get slowed down and stop to lend assistance. I was southbound at the 118 milepost and he had just passed the 108 heading North. I responded to his call for help and began to slow down a mile or so north as I saw several headlights of bikes parked on the northbound interstate.

I pulled my rig off the shoulder and crossed the southbound lanes on foot as I entered the median where the other riders were standing next to their downed buddy. The tall grass was soaked from the winter thaw and one of my shoes disappeared to the soft mud. The rider was attempting to pull his helmet off as he lay in the wet mud.

I stated who I was and explained that I was trained in Motorcycle Accident Scene Management. I asked the rider to lay flat and try to relax. He was coherent, breathing regularly, but wrestling with his helmet. I asked him to wait while I asked him some questions and told him it would be best to wait for EMT’s to remove his lid. His right leg was twisted, and he was complaining of severe pain in his left shoulder. 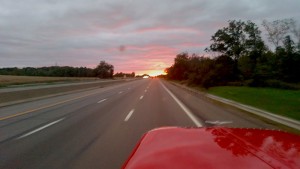 By this time an Iowa State Trooper showed up and I gladly borrowed a pair of latex gloves from him. I did not have my emergency kit with me since I had left it on my bike. We kept the rider calm as the sirens of the ambulances got closer. The EMT’s took over as the Trooper and I stepped aside and secured the northbound lanes.

The bike was in pieces, about 50 yards south of the injured rider. The other three riders explained that they heard a loud “Clunk” just before the bike began doing numerous cartwheels at 80 mph. Later it was determined that the spokes on the bike were loose prior to the ride, and they broke which locked up the rear wheel.

As the EMTs rolled the cot to the ambulance I walked along. I wished the injured rider well before I started to go back across the median to my semi rig. The Trooper thanked me as I stopped to dig up my shoe, and I continued on my way. I thought about what had just happened and I believe every situation will teach you lessons if you are willing to learn. The lessons I learns that day were:

1. Always carry your emergency kit with you. You never know when you might need it!
2. Pre-Check your bike before riding! This rider was very fortunate that he landed where there was soft wet mud in the median to break his trajectory!
3. Always carry an extra pair of socks! 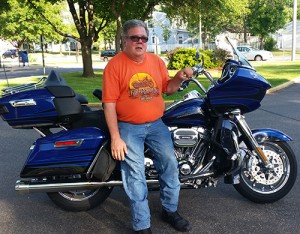 We are always thankful when our students share their real life experiences. We receive stories like this frequently from our students who express gratefulness to have the knowledge and confidence to assist at the scene of a crash. Have you been trained? Have your friends? To find a class near you click HERE

Would you like to join our mission to reduce injuries and fatalities to motorcyclists? Join Road Guardians for only $20/yr. and become part of the solution.