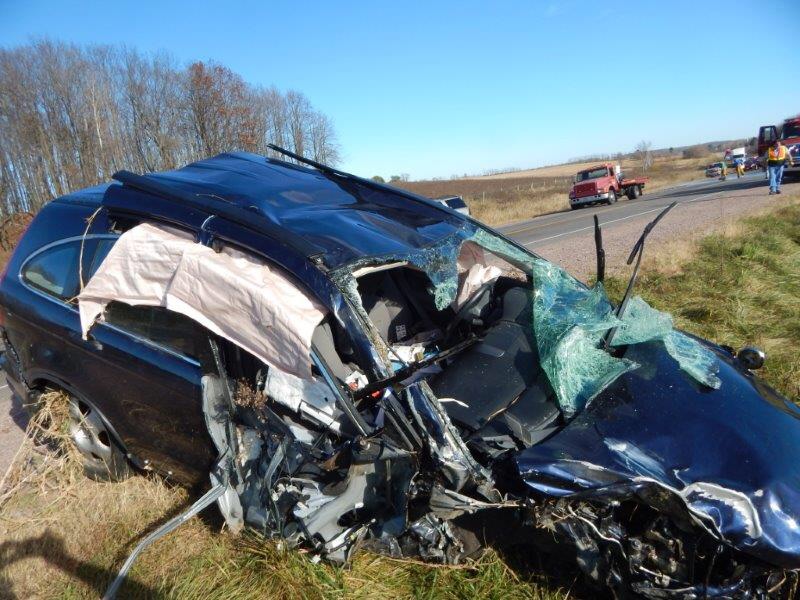 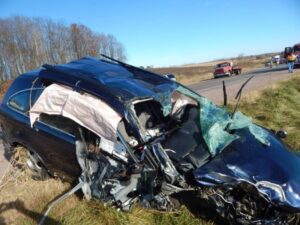 While on a cycle, I was hit on the left side and thrown several feet. I went down head-first onto a concrete curb. A drunk driver in a car was responsible for this in 1967. This happened in Albuquerque, New Mexico, and the use of ‘helmet’ rules did not apply then. A witness on the scene was an older woman who restored my breathing. I was transported to a military hospital and was in a coma for several weeks. During this time, my life was lost but I don’t remember any of it. Thanks to God, He restored my life, and this I do remember. I went through a restoration for 2 1/2 months with no taste, smell or memory of people I knew. It took me over two years to regain taste, smell & some memory. 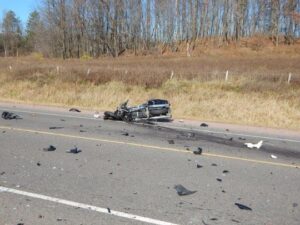 While on a cycle, I was again hit on my left side. As I was at an intersection, I stopped in a ‘right turn only’ lane. While I was beginning to turn, a car on my left side began to do the same. Did the driver see me? Evidently not! I was not knocked over, but my left foot peg was caught under the car body’s right side. I had to live with the leg pain for a while. I was informed the car was rented by someone out of the state of Wisconsin, and there was no insurance. 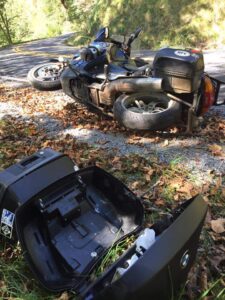 Again, while on a cycle, I was hit from the rear by another cycle operated by my younger son. It happened as I was beginning to turn off the highway onto a gravel lot. The reason for this accident is still unknown to this day. My daughter & I were on the cycle I was operating. I do remember removing myself from under the right side, and I believe I ‘blacked out’ for a short period. As I looked up, I saw my daughter on the right bank of the highway, and she had pulled her brother to the top of the bank. I believe I was most likely in shock as I remember no pain when I made it to the area where they were. I saw him take his last breath. At that time, I couldn’t accept that fact, and as the day progressed, my physical and mental pain began. 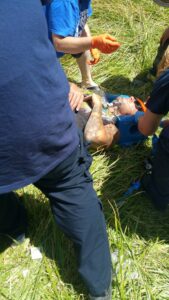 ACCIDENT SCENE MANAGEMENT did exist at this time, yet I was not aware and hadn’t experienced it. My son’s accident occurred in 2010, and because of it, I became trained and certified in ASM’s Bystander Assistance in 2011. I feel that if I had known of this in 2010, my son could be alive today. I became aware that Accident Scene Management came into existence in 1996.

Don’t put it off! Become an active member and hold a class in your area. Get trained now.