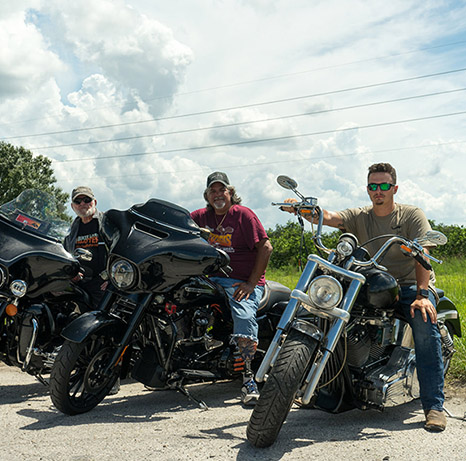 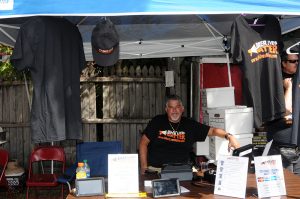 My name is John Herlihy. My friends call me Rogue. I have been asked a lot why I and some others started an organization named Biker Lives Matter and why it is important to me. My answer is simple, there is a need for an organization that calls attention to the tragic loss of lives and livelihoods from motorcycle crashes.

To better understand how this came about, we should look at some background that led up to Biker Lives Matter. I have been riding motorcycles for 69 years and both my life and that of the others who ride has always been important to me. I was taught to ride by a friend at the age of 14 and then continued to improve that by riding with people who had more experience than me, that is just the way it was done years ago. Through the years that I have been riding, I have seen many people injured and I know too many that have died. I personally have had my share of crashes and I even flatlined in the operating room after one of them. I consider myself one of the lucky ones to still be riding at the age of 83 years old. 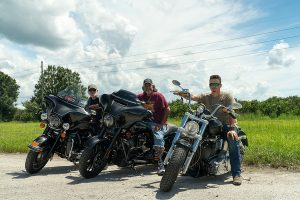 In the 1970s, I became involved in motorcycle rights and safety. At the time, motorcycle injury and death rate were high so the government and insurance companies began trying to pass laws that they hoped would help protect motorcyclists when crashes happened. They started by passing legislation such as mandatory helmet laws. While I have no issue with wearing helmets, I feel it should be a matter of choice. I (and others) also felt it was typical of the government to put the cart before the horse when a more practical approach would be to lower the crashes and collisions. That is easier said than done since so many motorists who are operating a vehicle are not paying attention to what they are supposed to be doing.

The American Motorcycle Association put on the first Meeting of The Minds and invited 50 people with various backgrounds in motorcycling to attend. I had the privilege of being one of those people. What was discussed at that meeting eventually led to the Motorcycle Safety Foundation and courses to teach new riders. Our hopes were that defensive riding would help motorcyclists stay alive while we worked on changing laws that would make other vehicle operators be aware of us on the road and penalize those who violated our space and right to be there. 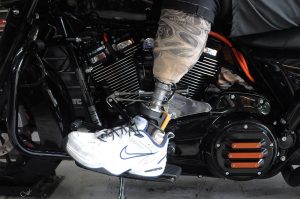 I am sorry to say that we have not been as successful as we should be in that aspect and 50 years later, we are still working on it. In the meantime, motorcyclists were and still are being injured and killed. It is unacceptable and something must be done.

In 1996, Vicki Sanfelipo started Accident Scene Management and began teaching people what to do at these incidents where motorcyclists were injured. Her program taught motorcyclists to help each other and keep the injured riders alive until the Paramedics and or more experienced medical staff arrived and was able to take over. It was more years than I wanted before I found an opportunity to take her course, but eventually I did and even helped with classes being taught in Florida. I now carry a trauma kit in my left saddlebag. So far, I have only used it once when her husband Tony and I were in Alabama shooting a movie and our friend Athena ran off the road and needed some medical attention. While Athena was not seriously injured, she was hurt and needed our help. Her crash was not life threatening but there are many that are.

More life threatening are collisions with other vehicles. It is at epidemic stage and motorcyclist are dying at an alarming rate despite all of the things that we have put in place. We have tried for many years to educate the public that motorcyclists have a right to the road the operators of these vehicles continue to drive stupid and without regard for others. They refuse to pay attention to the operation of their vehicle. Yes, recent legislation pertaining to cell phone use has helped but it has not gone far enough. I do not think you will find anyone that will disagree that the largest cause of injury and death to motorcyclist is another vehicle violating its right of way. The most common is making a left turn in front of them.

People in motorcycling rights and safety have been trying to do something about changing the law from minor fines that is the most common sentence for those found guilty of violating the right of way of another motorist for years. There has been limited success in some states but not in others. Since efforts to educate has not worked it is now time to legislate. Yes, I am saying it out loud. I am one who does not care for new laws either and have fought for freedom but in this case, it seems like the only solution. Ignoring where we find ourselves after all these years has not changed a thing. We do know that when the courts increase fines, take away operator’s licenses, and make them attend safety classes it does work as a deterrent for other vehicle violations.

I believe that we have waited way too long and what we have been doing to protect ourselves is not working. Biker Lives Matter believes that increasing the penalties for drivers who violate others right away is long overdue and that those penalties should continue to increase it until violators pay attention. The revenue from increased fines can help pay for also having the offender attend safety courses. Some say it is inconvenient for them to attend safety courses. Well that’s just too bad since it is not as inconvenient as people having to visit family members in the hospital or planning funerals for them.

I think back to the days of Mothers Against Drunk Drivers and what they have done to change things. There are numerous organizations that are promoting increasing penalties for violation of right of way violations, some have had success and others still working on it.

We need to work with motorcycle rights organizations (MROs) to get bills introduced to our state legislators and for all of us to contact those legislators to let them know that if they do not vote to pass laws that we will vote for whoever is running against them in the next state election.

Though I have been always interested in this topic it struck home on September 9, 2018 at 7:49PM when my son Dale was struck by a vehicle making an illegal left turn. He ended up losing his left foot. I and others believe he could have also lost his life if there was not a nurse that just happened to be on the scene and tended to him until more help arrived.

I continue to be thankful for organizations like Accident Scene Management and the Motorcycle Rights Organization that continue to fight to keep us safe and treated fairly concerning our rights.

I am requesting that anyone who can to help us change what is happening on our roadways to our brothers, sister, son, daughters and other family members who ride do so.

Like many things in the past, we can win this war against us. I will continue to do what I can to help that happen. To: https://bikerlivesmatter.com/