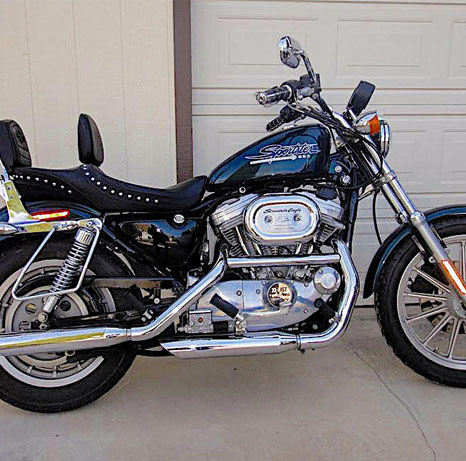 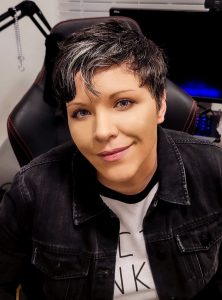 Niki Smith is a graphic artist who loves to ride. She always wondered what she would do if things went wrong and she needed to respond to a motorcycle crash so she set out to get all of the information she could. After taking the online ASM course found at RoadGuardians.org, she signed up for the virtual hands-on class to complete her certification. She was our first student and here is what she had to say:

“I just wanted to let you know that I thought the class was a great experience! You and Michelle were very pleasant, laid back (yet professional) and easy to talk to and that made me feel welcomed. As I said, I do get some “test anxiety” and space things out on occasion (as you saw), but as I went through things with you, the visuals all came back and stayed put in my brain afterwards.

I wasn’t sure what to expect between my inexperience with online classes (with zoom) and wondering how certain demonstrations would go, solo. Expectations were met and then some! I thought it all went very smoothly. I was happy to have served as a guinea pig! I hope that your future classes can benefit from it. 🙂 I will say, I am also happy to have learned the one-person method for helmet removal. I feel I am lucky to have been solo in this sense. I got a really wonderful one-on-one experience. I’m not sure I would have felt as comfortable asking some of the questions that I asked otherwise in a larger group (for fear of taking up too much time for another person). Anyway, getting back to solo helmet removal! I’m happy to know how to take a helmet off solo even though I know that is a skill that is covered in the Advanced class. A lot of the time, I will probably be riding with only one or two other friends and will, at least as of now, be the only one of us trained in any way. This might be before I take the advanced class. So, there is a high probability that I would have to take a helmet off without help if something happens. Honestly, it also gives me a good bit of comfort knowing that I only have to depend on myself to get it off, as well. I just have to concentrate on getting it right, myself. I might add, it was comforting to know that the one-person version also saves time.

You and Michelle bringing up seemingly small pointers here and there really added a lot as well. They were in the end, big pointers! Even things like mentioning that EMS will either tell you where to put your gloves and other potentially biohazardous stuff or dispose of it for you was nice to know. One thing I had wondered while I was reading the book and one more thing I won’t have to run around wondering at a scene. I could just ask if they would take it or know they will probably tell me where to put it if they hadn’t already. One less little distraction on my mind. Michelle mentioning that you should get on someone’s level, especially while you are attempting to get info from them (SAMPLE for instance) and assess what is going on, was a great tip. Simple tip, but makes complete sense. Her mentioning that, will pop back into my head if I am in that scenario, I’m sure. Make sure you aren’t making someone strain to look at you. Duh! (But would I have thought of that myself?). I would think it would be more comforting to them, which is part of the process as well. Being calming/comforting. Knowing I am doing that for them and/or others might help me calm down too. Which falls into handling psychogenic shock as well. You two made everything fall into place well. 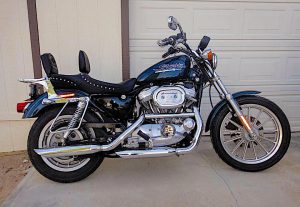 What you told me about EMS or cops sometimes telling you to let go or move, even if your mind might want to fight that, and telling yourself you did the right thing at the time…that was big. That whole scenario of transferring that power to someone else is a little scary. If I let go and something bad happens, is that on me? Should I listen? That was big to hear. You are very real, down-to-earth people, judging from the little time I spent with you and you absolutely need to keep telling those stories and sharing those experiences with your classes. I will 100% remember them.

In other words, you both did a great job. I enjoyed it and I myself found it fascinating. I learned so, so much. Details like supporting someone’s head with your forearms seems pretty commonsense maybe, but I’m not sure that would have occurred to me in a panic, had I not taken your class. Let’s face it, I would have most likely stood there afraid to touch them, without taking the class. I now feel like I would never do that. As you said, “knowledge is power.” You’ve given me the “power” to potentially be there for my friends if they need me (or a stranger) and just peace of mind knowing I can help, even if I don’t get to. It’s better to have it and not need it, than to need it and not have it. The knowledge will now always be there.

Your homemade dummy worked out amazingly well! Of course, the poor guy had no legs, but I didn’t feel like that was a huge loss in the learning process, as long as one looks at the videos in the online portion of the class and references the book. The videos were great, for seeing things like the “kickstand” for Recovery position, (Puke & Drool of course :). I think is the most important, visually, to remember while working with the legless dummy. But it’s also simple enough that I think most people would remember. Or checking down the legs for injuries and asking people to push on your hands with their feet. Seeing the videos in the online section was a massive help to visualizing what you were talking about when working with the makeshift towel dummy. In the end, legs might help with practicing, but I feel I came away as educated as I would have been with “towel legs.” Haha. And I do feel like I will remember those things, regardless of having been able to do it physically or not. I would however like to keep practicing every now and again to keep things in my memory, so if you do come up with a good way to add some legs, I would love to see if you have the time to shoot me an email! (Note from Vicki: Use the same technique as you did to create arms and create two towel legs. Pictures and directions are on the website and sent to students when they sign up).

I think I will be switching “Billy” out to some cheapie beach towels to make it a bit easier though. Thick, hefty, good sized safety pins would be great if anyone has to use something a bit bulkier as I did. I was really impressed with how well it worked out though. Again, I appreciate you sorting that bit out with me and taking the time to illustrate it with pictures before class. (Note from Vicki: I now bought heavy duty safety pins to be sent with the foam manikin head when students order it.)

Zoom was easy and with the pandemic, a lot more people are accustomed to working with it or have at least heard of it through their kids/friends, etc., so that was a good choice, I think. I had never actually heard of Google Meetings, so my thought is to maybe sticking with what is commonplace is best. I really don’t have anything bad to say. I know you had two cameras set up originally, but one worked out just fine. I could see everything clearly. I could hear you well.

I will end by saying, thank you both so, so much. I loved the class and came away with so much. Thank you for doing what you do! Also, I don’t know if you ever are in contact with Daniel (DanDanTheFireMan), but if you are, tell him he’s awesome! I probably would not have found out about you (or maybe much later) without watching his videos in trying to educate myself on how to be a better rider (I have since joined his discord server and chat pretty regularly in there). Props to all of you. 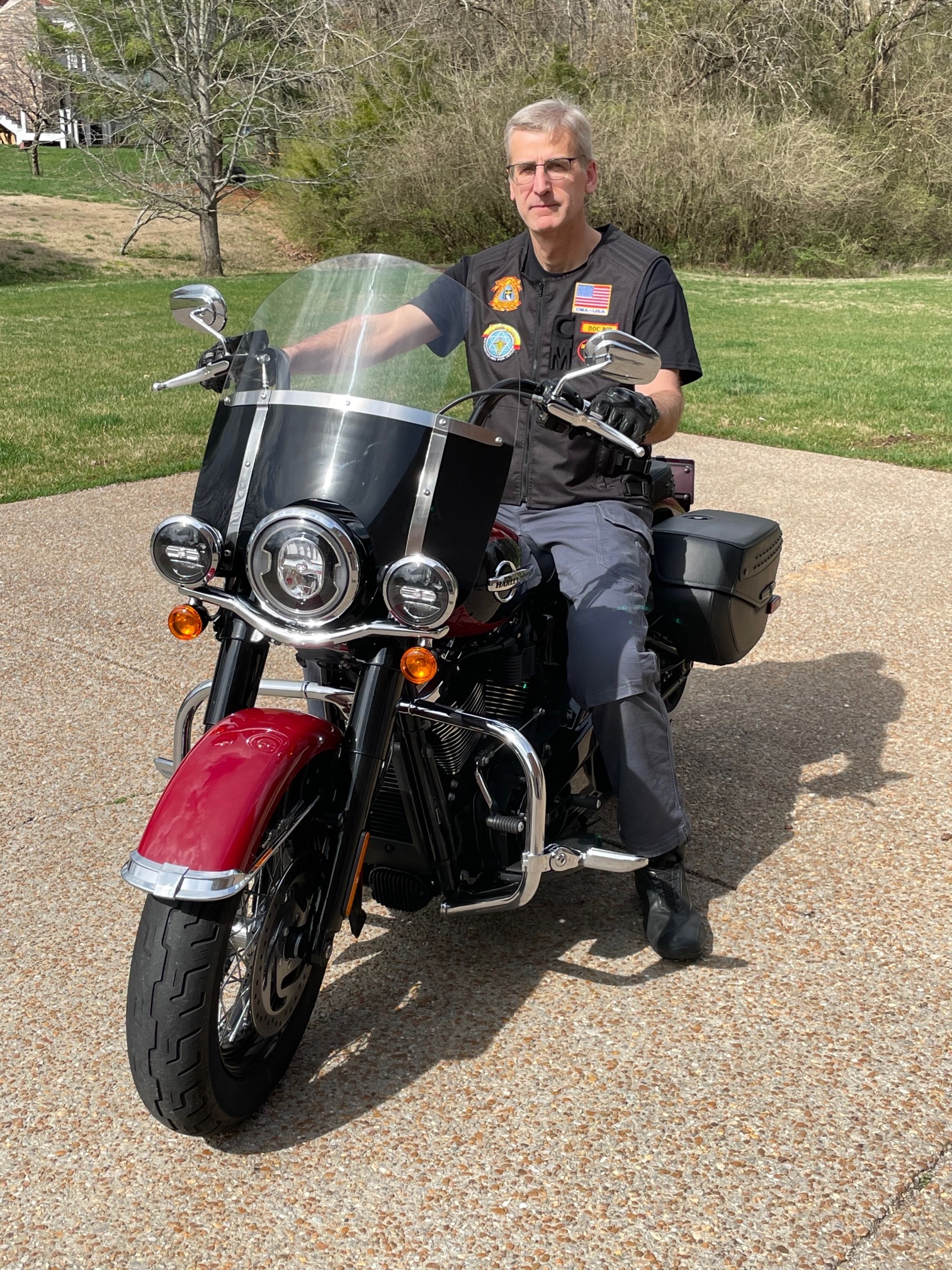